Our fifth workshop took place on 17. 12. 2021, again in the form of online conference. Its main topics were the concept of nature in mathematical physics and naturalized philosophy of physics. RNDr. Ladislav Kvasz, DSc., Dr. from the Department of Mathematics and Mathematical Education of Faculty of Education of Charles University in Prague was a guest speaker at the workshop. Another speaker was one of our researchers Mgr. Róbert Maco, PhD. from the Department of Philosophy and History of Philosophy of the Faculty of Arts of Comenius University in Bratislava. 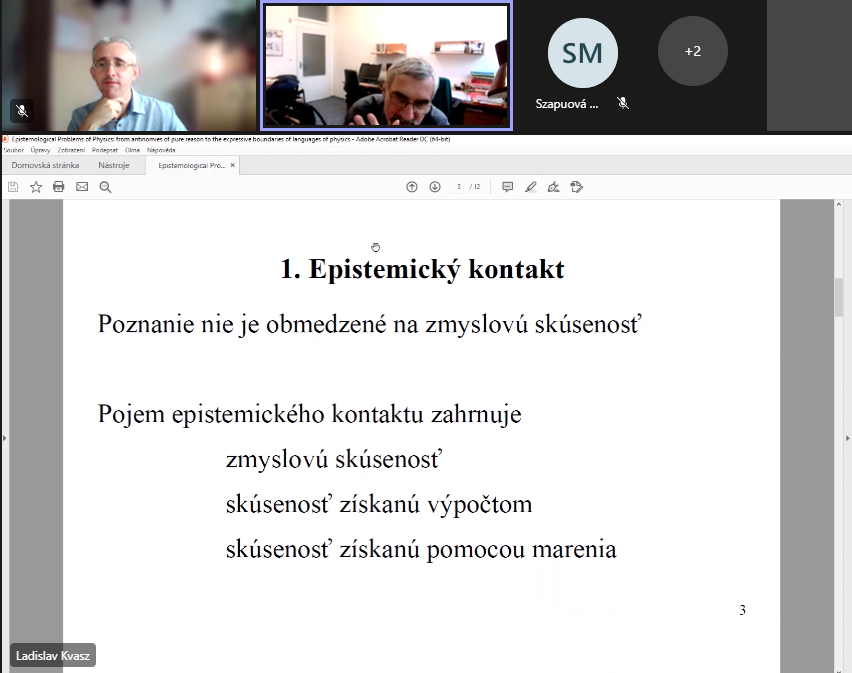 At the beginning of the event dr. Adam Greif introduced the speakers by way of highlighting some of their published works closely related to the topic at hand. Then he summarized the content and argumentative strategy of both contributions on the basis of previously provided annotations.

Prof. Ladislav Kvasz was the first one to present his ideas under the title „The Conception of Nature in Mathematical Physics“. The main aim of this presentation was to offer an explication of the concept of mathematisation of nature as a process, which is supposed to have three phases, each involving a certain kind of reduction enabling us to substitute a certain aspect of reality with its mathematical representation. While this reduction does empoverish the image of nature somewhat, it also provide us with a new kind of synthesis, made possible through the use of mathematical language. According to prof. Kvasz, the first phase of mathematisation consists in „phenomenological reduction“, that is, in substituting phenomena with mathematical quantities. Second one involves „ontological reduction“, or, in other words, the substitution of bodies with descriptions of their states. Introducing a state makes possible the compositional synthesis. Finally, the third phase is the „causal reduction“, which means the substitution of causes with the operation of forces. The consequence of this reduction is so called deductive synthesis, or the linguistic capacity to infer deductively from a state at given time a state at subsequent times. 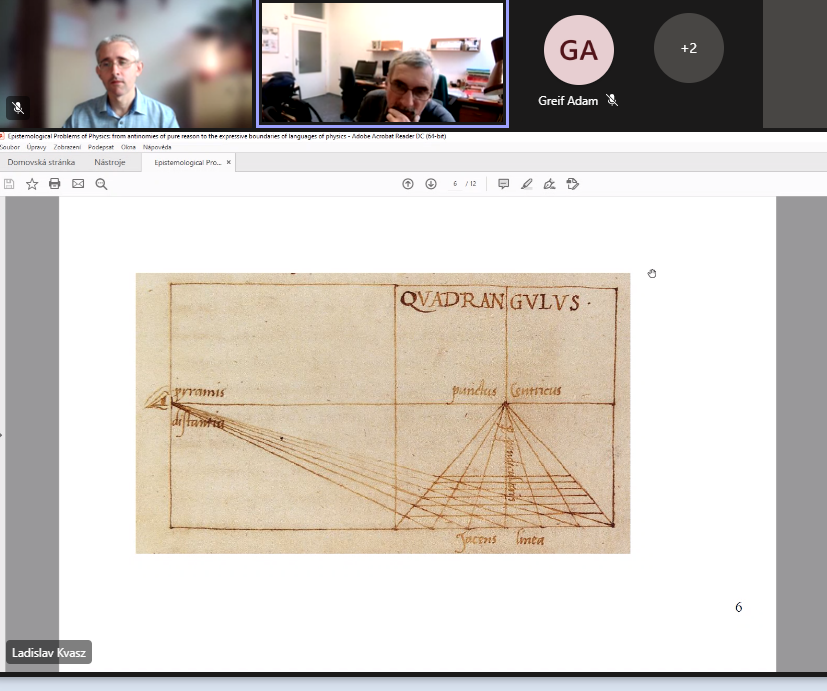 the presentation of prof. kvasz prompted an extensive discussion. some workshop participants asked prof. kvasz to clarify some of the technical terms he used in the presentation (e.g., the concepts of epistemic contact, epistemic axis, reduction etc.). prof. kvasz has also attempted to explain in more detail his quasiempirical conception of mathematics and the concept of mathematical experience. another problem which showed itself to be important was the question of whether or how it is possible to (re)identify one and the same object presented through the lenses of different theoretical conceptions.

The second presentation, given by dr. Róbert Maco, was titled as „Naturalised Philosophy of Physics (between mathematics and physics)“. Dr. Maco started with a reminder of critical claims made by distinguished theoretical physicist Steven Weinberg regarding the philosophy of science of 90s. Weinberg presented philosophy (in sharp contrast with mathematics) as virtually irrelevant for actual physical research, particulary in relation to the search for the „final theory“. Most philophers flatly rejected Weinberg's view, mainly by pointing out that he does not understand correctly the role which the philosophy is supposed to have. In opposition to these negative reactions, dr. Maco attempted to show that the hastly rejection of Weinberg's view is detrimental to attempts to develop naturalized (theoretical) philosophy, which is, according to Maco, naturalized insofar as it is immanent. The main message of the presentation was expressed as an appeal for the physics and philosophy (of physics) to be conceived as parts of one and the same process mainly aiming at better understanding of how the world acutaly works. As an example of philosophically motivated and exceptionally important physical contribution dr. Maco gave a detailed presentation of a theoretical prediction of the so called Aharanov-Bohm effect, which gives us surprising observable effects thanks to combination of electromagnetism and quantum mechanics. According to the authors of the 1959 paper, these effects force us to fundamentally rethink the physical nature of certain quantities. 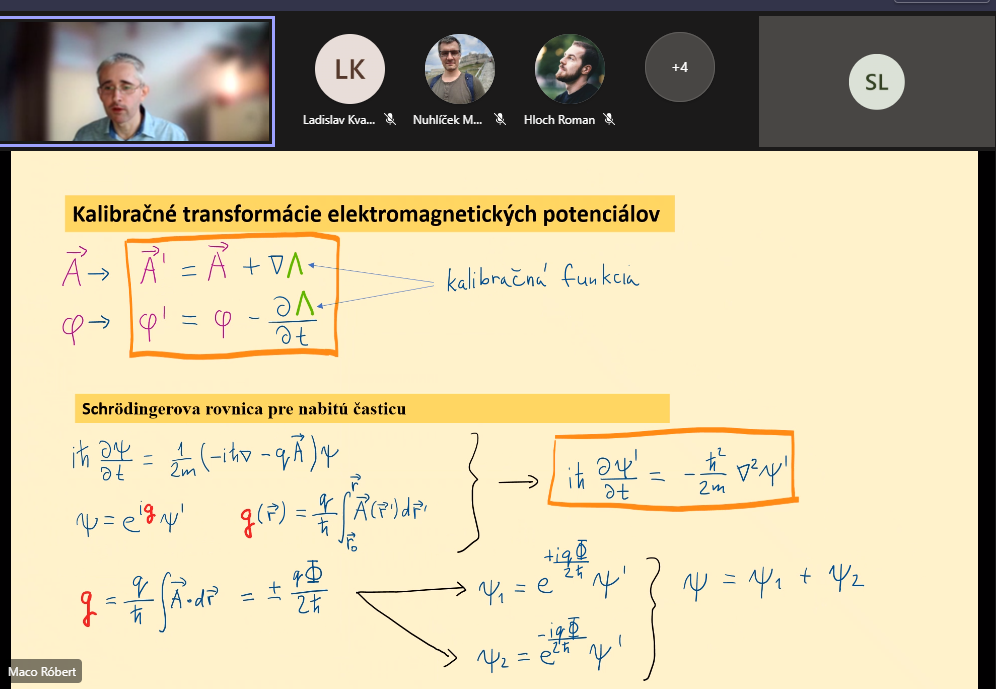 The record from the workshop can be viewed here: