Our third workshop took place on the 8. 12. 2020, this time in the form of online conference. The topic of the workshop was a confrontation of naturalistic and constructivist approaches to the investigation of human nature specifically in relation to sex and gender. One foreign guest Doc. Petr Dvořák, PhD., from Sts Cyril and Methodius Faculty of Theology at Palacký University has given a presentation. Our own team was represented by Doc. PhDr. Mariana Szapuová, PhD., from the Department of Philosophy and History of Philosophy at Comenius University and the Center of Gender Studies. 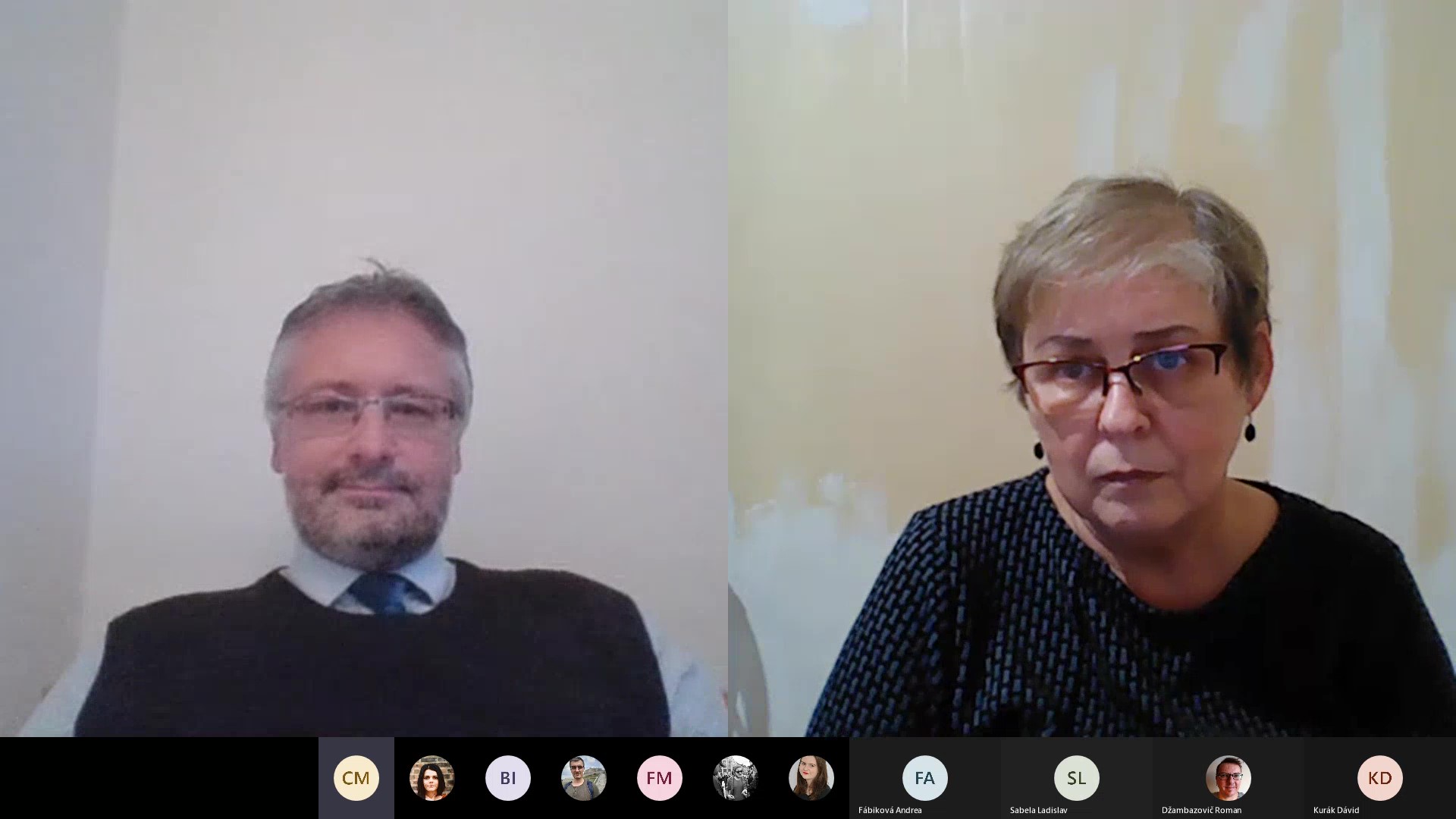 The presentation of Doc. Szapuová was concerned with the use of the concept of „gender“ in feminist philophy. She identified the historical origins of the distinction between „sex“ and „gender“ in the work of cultural anthropologist Margaret Mead Sex and Temperament in Three Primitive Societies (1935), the work of professor of psychiatry and psychoanalyst Robert Stoller Sex and Gender: On Development of Masculinity and Feminity (1968), and also in the famous quote from Simon de Beauvoir “One is not born, but rather becomes, a woman.”. She also pointed out that the concept of "gender" is multilayered and introduced its three aspects in the conception of Sandra Harding - gender symbolism, gendered structure of society and individual gender. To illustrate the use of gender as an analytical category she mentioned feminist epistemology and feminist investigation of the history of philosophy. On the background of social constructivism in sociology (P. Berger, T. Luckman: The Social Construction of Reality (1966/1999)), she clarified the conception of gender as a form of social construction. At the end of her presentation, Doc. Szapuová introduced some critiques of the concept of gender from the standpoint of feminist philosophy. 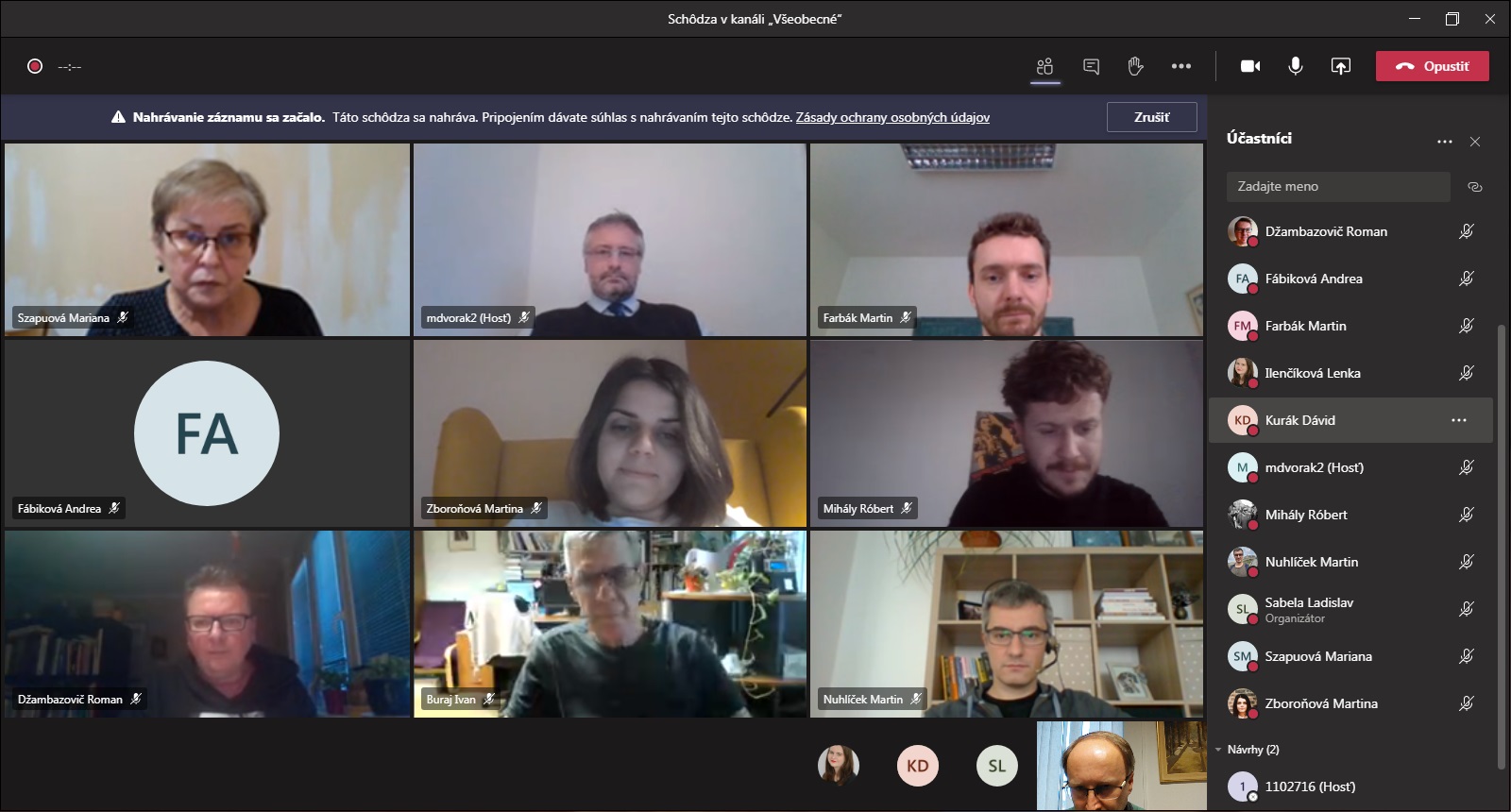 The aim of Doc. Dvořák presentation was to criticize the constructivist approaches to gender. He distinguished two conceptions of gender - gender as a role in a society and gender as an indentity (i.e., the way in which one experiences ones gender identity), and pointed out that the former understanding was more prevalent in the past, while the latter seems to be more prominent nowdays. With concrete examples, he illustrated some argumentative fallacies present in feminist discourse. Namely, the ad hominem fallacy and the inference from the conclusion forms of argumentation, in which a suitable theory is sought after in order to justify some already accepted positions. This suppposedly also shows that there are social pressures influencing discussions about the biological foundations of gender. Then he introduced results of scientific studies supporting his thesis about the bilogical basis of gender. In the conclusion of his presentation, Doc. Dvořák argued against the claims of feminist philosopher Judith Butler (Bodies That Matter (1993)), especially against her conception of gender as a result of performative speech acts.

Presentations stimulated lively discussions, in part due to stark differences between the positions of the speakers. Most of the questions were related to biological foundations of gender roles, clarification of central concepts and theoretical positions. In addition, some problems related to methodology of scietific research were also touched upon, and several participants emphasized the difference between correlation of two attributes and proof that they are causaly related.